CasinoWings is an affiliate website that helps you find the right gambling site online. We can get a commission from some of the brands we link to on the website. How we rate different brands is not affected by this.

The self-declared “fair casino”, PlayOJO is a new site that was launched at the start of 2017 with the aim of giving control back to the players with a truly trustworthy gaming experience. Indeed, PlayOJO is the only online casino we’ve ever seen that has an actual manifesto on the site about its principles and aims, which includes promises like “no funny business” and to be “fair and square”.

PlayOJO offers a welcome bonus of 50 free spins to new players, which seems stingy until you realise that these spins don’t have any wagering requirements at all. The site also has a mammoth game selection consisting of more than 2000 titles.

This PlayOJO review will dig deeper into this new brand to see if it really does live up to its tagline of being “the fair casino”, by exploring the site’s bonus details, product offering, customer service and payments methods.

The PlayOJO welcome bonus is a very simple one: up to 50 free spins on Book of Dead, with one free spin awarded for every £1 spent on your first deposit (minimum £10).

On the face of it, this may not seem a very generous offer, but this couldn’t be less true, as you´ll find that this bonus without wagering requirements – which is basically unheard of in the casino world. This means that any winnings you get from the free spins are returned to your account as cash and can be withdrawn if you wish.

Indeed, when you visit the PlayOJO offer form, the company basically calls out the world of sneaky casino bonuses, declaring: “Amigos! No Wagering. No hidden terms. No BS! Get up to 50 Free Spins”. This is unbelievably refreshing to see in an industry that so often gets bogged down in sly terms and conditions. The free spins are worth 10p each and can be used on Play’n Go game, Book of Dead.

There’s no doubt that when it comes to its welcome bonus, PlayOJO lives up to its tag line of being “the fair casino”. Fantastic.

PlayOJO also has some other interesting promotions such as OJOplus (which puts cash in your account every time you play), the OJO Wheel (which provides random prizes to players) and the Club OJO loyalty scheme. 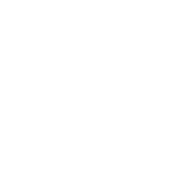 Despite being such a new online casino, PlayOJO has  put together a huge list of over 2000 games on its site, with titles provided by leading software providers like Amaya, Microgaming, Merkur, NetEnt, Play’n Go, Next Gen Gaming and Evolution Gaming, amongst others.

The majority of games available on the site are slots titles, with famous names such as Da Vinci Diamonds, Vikings Go Berzerk and Reactoonz all ready to play. There’s also devoted roulette and blackjack pages offering dozens of variants of each game, along with other table games and a strong live casino offering provided by the likes of Evolution Gaming and NetEnt Live. For fans of big prizes, too, over 25 progressive jackpot games are available, including the Mega Moolah series which regularly see jackpots run into the tens of millions.

One really nice touch on the site is that when you hover over any game, PlayOJO shows you some of the game’s stats, such as the record prize won on the game and the number of times it’s been played in the last six hours. This is another great example of how PlayOJO are offering a much more transparent and trustworthy casino experience compared to most other online operators out there.

Unsurprisingly, when it comes to payment options, PlayOJO is also transparent and trustworthy, offering six methods available to make a payment: Visa, MasterCard, PayPal, Skrill, Neteller and Paysafecard – all of which can be used for making either deposits or withdrawals. The real shiner here is PayPal, as there are not many Paypal casinos out there today. The minimum deposit amount on all payment methods is £10, while the minimum withdrawal is £20. There are no transaction fees.

The option of using PayPal is especially impressive and demonstrates the progressive thinking regarding the customer experience at PlayOJO. Few online casinos currently offer PayPal – despite it being extremely popular with players – as transactions can be made quickly without the need to share your bank details.

Customer support isn’t quite available 24/7 at PlayOJO, but it is available between the hours of 06:00 and 00:00 (GMT). Players can get in touch with the company via email for less urgent enquiries or via live chat for a near instant response. Customer service representatives were found to be friendly, knowledgeable and responsive.

Conclusion: Is PlayOJO Any Good?

Simply put, PlayOJO is one of the best online casinos we’ve ever come across – a remarkable feat considering the site was launched in just 2017.

The company has recognised some of the biggest weaknesses in the industry currently (namely transparency, simplicity and trustworthiness) and turned them on their head. This company has pledged not to use wagering requirements, doesn’t apply sneaky fees, doesn’t limit winnings and keeps terms and conditions simple. This all means that the site certainly lives up to its “fair casino” tagline.

While the bonus consists of “only” 50 free spins, players actually have a chance of turning these spins into winnings unlike other casinos which wrap their offers up in knit-like wagering requirements and conditions.

The rest of the industry could learn a thing of two from PlayOJO and one would actually hope that this site goes on to be one of the market leaders in order to set a new standard for online casinos. Highly recommended.