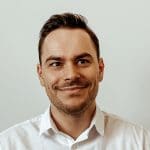 Daniel is the content manager for CasinoWings, in charge of everything content-wise on the site. Although he doesn’t have an iGaming background, Daniel has put a lot of time and effort into researching and understanding the topic. On top of this, he has many years of working with customers to help them understand the choices they make.

From Stockholm, Sweden, Daniel first began work at a grocery store while completing his studies in Chiropractic science. During this time, he learned a lot about assisting customers, helping them find what they’re looking for and ensuring that they had a positive experience. While he was only working part-time, he was still a highly valued member of the team who had the trust of his managers and co-workers.

Daniel originally planned to become a chiropractor, which he saw as an effective way to help others. As his studies progressed, however, he started to doubt the claims made by chiropractors, much of which has been dismissed by medical practitioners. Daniel realised that his morals couldn’t allow him to work in an area that could potentially be fraudulent and decided to explore other career options.

Around this time, he decided to take his learning in a new direction and enrolled in several online courses. Studying various skills, including HTML, CSS, WordPress, SEO and Photoshop, Daniel gained useful knowledge that would help him to become a skilled content manager. In January 2020, he joined the CasinoWings team and soon began to learn more about the iGaming industry.

Prior to joining CasinoWings, Daniel’s experience with online gambling was limited to playing slots every now and again. While he didn’t know much about the industry initially, he learned fast once he joined the team. Some might feel that it would be a disadvantage to have relatively little experience compared to other content writers, but Daniel turned this into an asset. He was able to better understand a new player who wouldn’t be aware of all the different terminology and rules involved with online gambling. As a result, Daniel began writing quality reviews and guides that were aimed at educating beginners and helping them to make the right choices when gambling online.

Quality before quantity, but quantity is also good

Together with the rest of the CasinoWings team, Daniel ensures that the site is producing the best quality content, focusing on the facts and making sure that it’s easy for readers to understand. In this aspect of his job, the experience he has in dealing with customers is invaluable, as are the skills and knowledge he gained through online learning.

As a content manager, he’s mostly involved in editing and publishing new content on the site, as well as creating content such as reviews and guides. All of the content at CasinoWings must be checked for quality and verified as correct before it can be published, to ensure that readers are getting information that helps them make the right decisions. When not working in the office, Daniel is focused on spending quality time with friends. He’s also very interested in health and nutrition and loves to cook.

Public Health England has estimated the cost of gambling-related harm

5 British Celebs Who Love to Gamble

Many top celebrities around the world love to hit the tables

40 Million People Now Gamble Online in the UK Each Year

The popularity of online gambling in the UK continues to rise

The online slot world is evolving all the time

Check out our list of the top 4 casino-themed movies

May Data Highlights Impact of COVID-19

Involving YGAM and the BGC