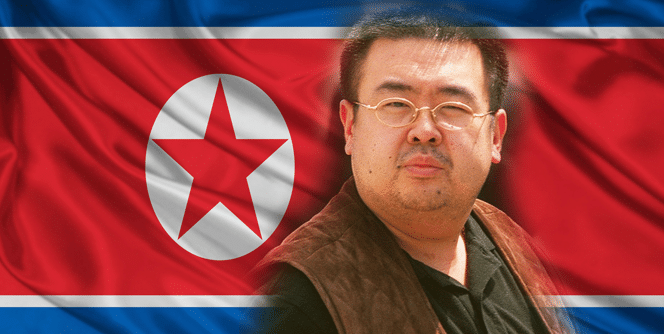 Recently, when a man waiting at an airport was sprayed with a deadly nerve gas and died, it was revealed to have been the despot’s half-brother and now it seems his own story is an amazing one as it transpires that he ran an online casino while also working on behalf of Kim’s mortal enemies; the CIA

Kim Jong-Nam had been waiting for a flight at Kuala Lumpur International Airport back in February 2017 bound for Macau, the major gambling hub in Asia, when two women approached and appeared to smear a substance on his face.

Shortly afterwards, Nam collapsed as it quickly became apparent that the perpetrators had used a nerve agent upon him and that he had been assassinated in public.  After an investigation, dictator of North Korea Kim Jong-un was then accused of having ordered the murder.

After those who delivered the deadly VX nerve gas attack were caught, they claimed they’d been recruited to perform a ‘prank’, within which they would target the individual at an airport and spray him while the event was videoed for the internet.

The trouble is in this case that the container they used contained the hazardous substance and in fact they had been tasked with assassinating the man on behalf of the supreme leader!

The man in question was Kim Jong-Nam, reportedly behind a number of online gambling operations which had been used for high end money-laundering.

As well as this alleged criminal activity, it appears that as the half-brother of Kim Jong-un he had been recruited by the CIA to keep tabs on his family member’s activities in North Korea and the wider region, an assertion that appears to have led to Kim Jong-un being named as responsible for the attack.

In an upcoming book, an IT specialist who claims to have worked for Kim Jong-Nam has gone on record to state that he ran security services for his various online gambling portals.  He also says that Kim had in his possession a huge number of fake 100 US Dollar bills, produced in North Korea by the government of the day back in the 90’s and 2000’s.

It seems that those bank notes were then laundered via casinos in Macau, where the victim in this case was due to travel to when taken down, as he lived a life among gangster, high stakes gamblers and even spies all the time producing a life story fitting for a James Bond novel.

It is alleged that once Kim Jong-un realised his half-brother was working for the Americans, he produced the kill order to neutralise him and this is something we’ve seen on the world stage several times since he came to power.

Apparently, Kim Jong-Nam would meet his handlers in either Singapore or Malaysia and given the Americans’ apparent penchant for attempting to take out dictators they don’t like, it was apparently felt in North Korea that he simply had to go.

While events in the East have done nothing to endear casino players to the skeptics, it seems that what happens out there and what happens in European casinos are now a world apart.  In the UK especially via the Gambling Commission, online casinos have pretty much a squeaky-clean image and long may that continue!