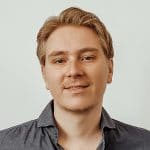 Andreas is the gambling expert of CasinoWings, having been involved in the iGaming industry since 2005. With a background in IT from college, Andreas found his first job as a sales executive in Barcelona. Later on, he would move back to Stockholm and find work as a technical advisor for one of the biggest smartphone companies in the world. In his first few jobs after finishing high school Andreas learned a lot about customer service and improving the user experience. This knowledge would help him later on in his career and become integral to his vision of CasinoWings.

Developing an early interest in iGaming from 2005, Andreas had always been interested in online gambling. He first started out with online Poker but also enjoyed placing sports bets. Over time, he became much more adept at knowing which sites were worth signing up to, and his knowledge of what makes a good gambling site is based on personal experience. While he doesn’t play as much online Poker today, he often places bets on Hammarby, his favourite team.

From employee to self-employed

In 2013 Andreas moved to Malta, where he began working for Cherry AB, a Swedish gambling services company. Here, he started out as a customer support agent, mainly dealing with Swedish and Norwegian queries but with some in English too. After ten months in this position, he soon progressed within the company to Swedish customer relationship management executive. In this position, he was involved in customer retention, account management and VIP support. This is also where he first started getting into content writing.

Andreas spent several years in Malta, working for two different iGaming brands. Early on, he looked after customer relationship management, but his focus later switched to marketing, including content writing and communications. During this time, he learned a lot about affiliate marketing, content marketing and other aspects of digital marketing that would eventually form the idea behind CasinoWings.

When he met up with his two friends Sebastian and Robert, Andreas pitched to them the idea of starting their own affiliate site. Together with his knowledge of the iGaming industry and their expertise, they could create a site that could bring a lot of value to the readers. The idea behind CasinoWings was to produce an honest and trustworthy affiliate site that would help players to better understand casinos and iGaming before they started playing.

With CasinoWings, all of the focus of the site is on educating the visitors and making sure they get the best information and resources to have fun while playing. While some affiliate sites were more concerned with selling a particular brand, Andreas wanted to make sure that CasinoWings focused on delivering value to its readers first and foremost.

Today, Andreas makes sure that CasinoWings is the best it can be, creating content that advises visitors as well as attending iGaming conferences to keep up with news and trends in the industry. Outside of CasinoWings, he enjoys travelling, football and spending time with his girlfriend.

Should I Play Online Slots or Live Casino Games?

In this article, we’ll go through the advantages and disadvantages of online slots in comparison to Live Casino games. There is a big difference in the way these games are set up and in the way they pay out. Read all about it here!